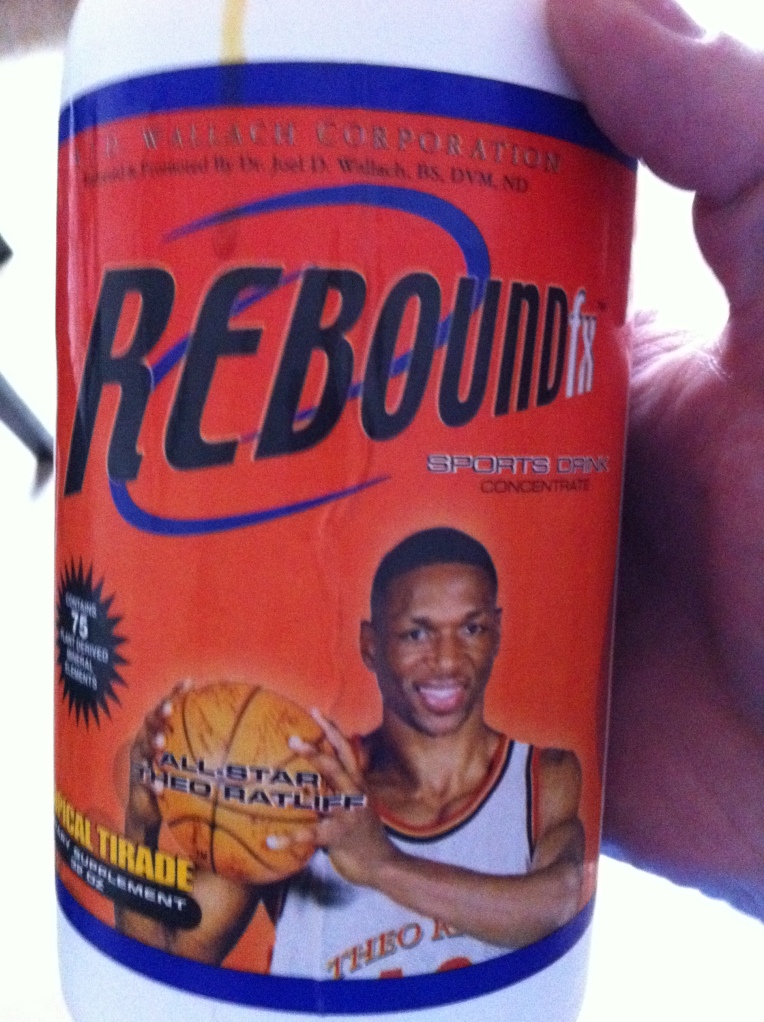 Amazingly, this product hits none of those bench-marks.

Youngevity is apparently a pyramid-scheme group, not unlike Amway, which sells you licenses to sell their products. One of those products is endorsed by “All-Star” Theo Ratliff. I have to give them credit for not going the “Basketball Legend” route.

I encountered this drink when my brother’s best friend invited me to try some “Magic Juice”. It was to my great surprise when he pulled out a bottle of concentrated sports drink featuring Theo Ratliff in a Theo Ratliff jersey to display said “Magic Juice”. His explanation as to why it worked? It “made him feel good”. Ok, that’s fair. It “gave him energy”. I can’t really argue his opinion there, either. It “was $32.99 a bottle, so it can’t be bad”. Well…

The product is to be mixed with water. I took the product, mixed it with some Brita water and it was gross. This coming from a man who eats Goji Berries, cottage cheese, raw carrots, and various forms of natural protein powders and shakes. The product is a watered-down version of a Mega Man or Opti-Man multivitamin that contains Caffeine, Taureen, and Guarana. Did I mention it was gross?

I took the recommended dosage and nothing really happened. I felt as well as I did when I take my multivitamin but I did not see the spike in energy the concentrate promised. Maybe it was because I was too puzzled as to why anyone would have Theo Ratliff, a 2001 All-Star, sign a contract in 2009 to endorse this product for the next 10 years.